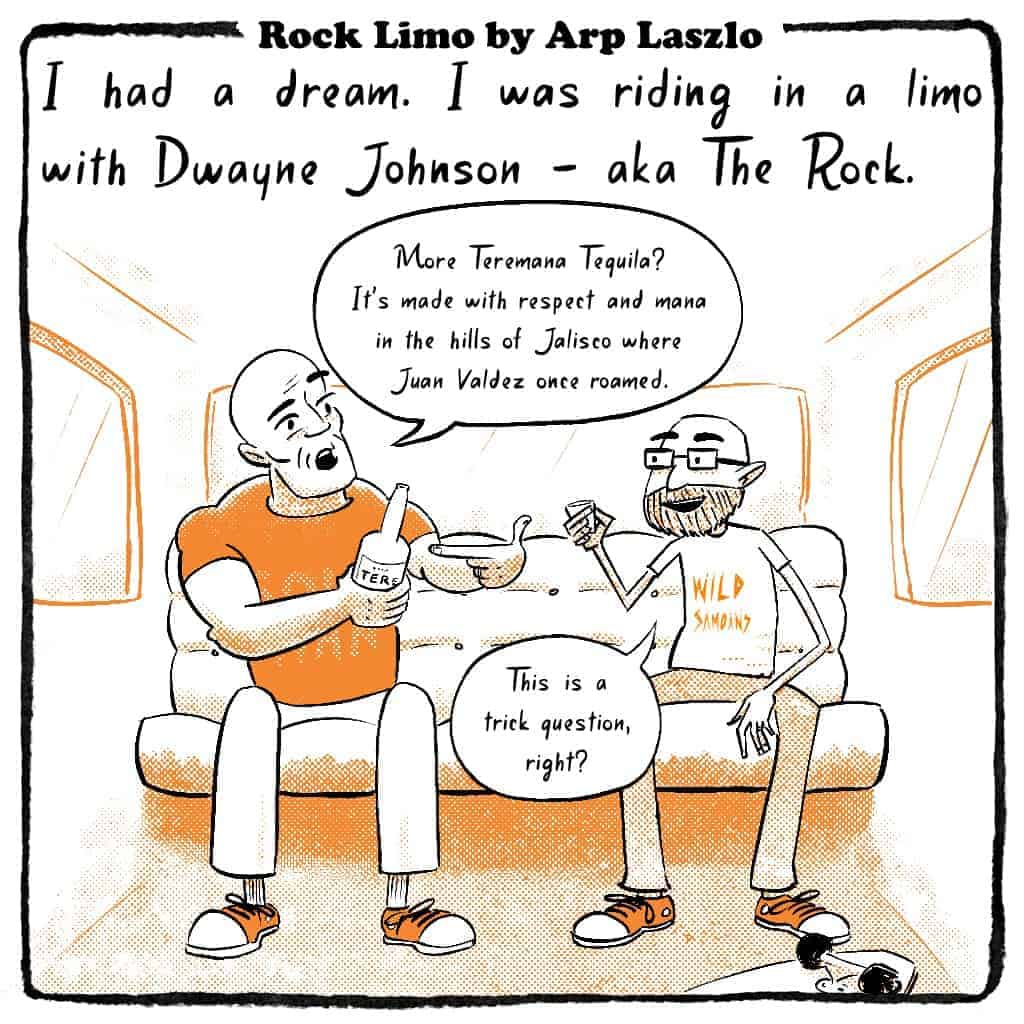 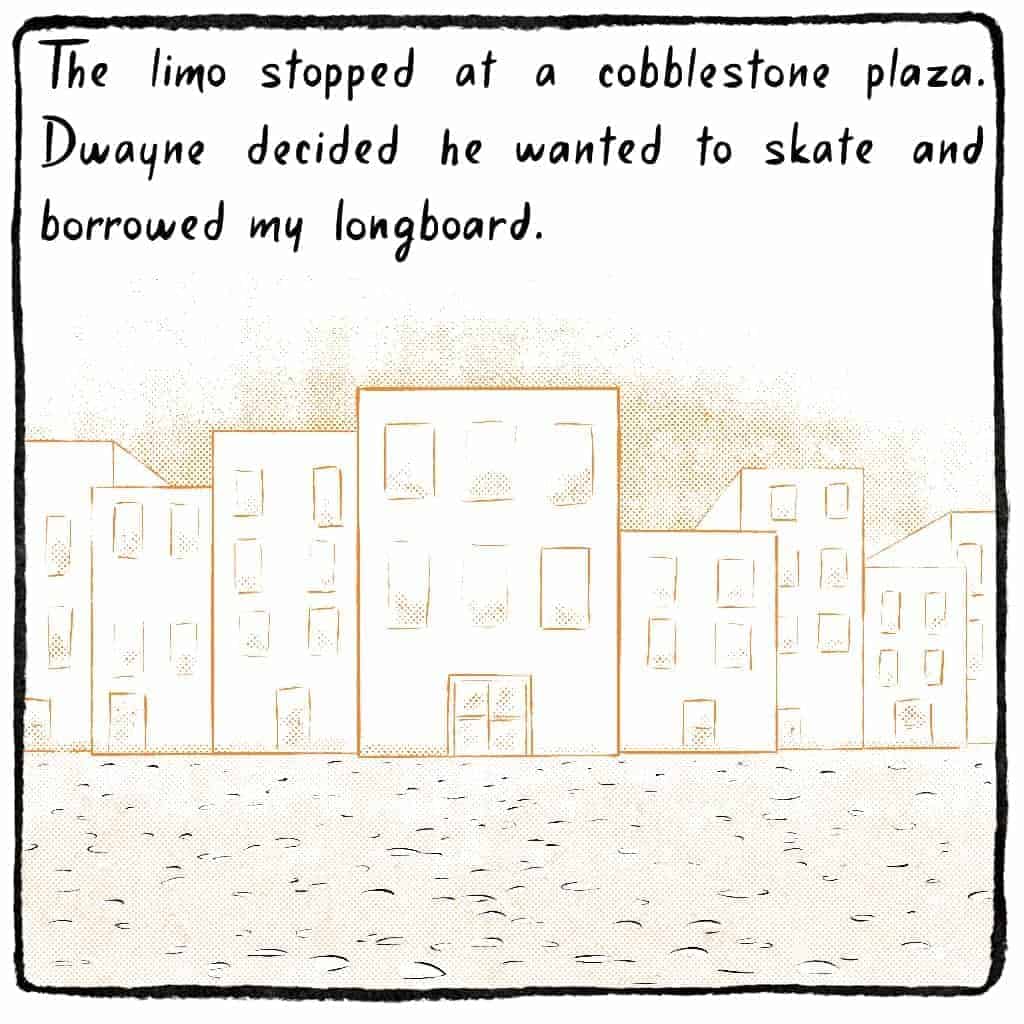 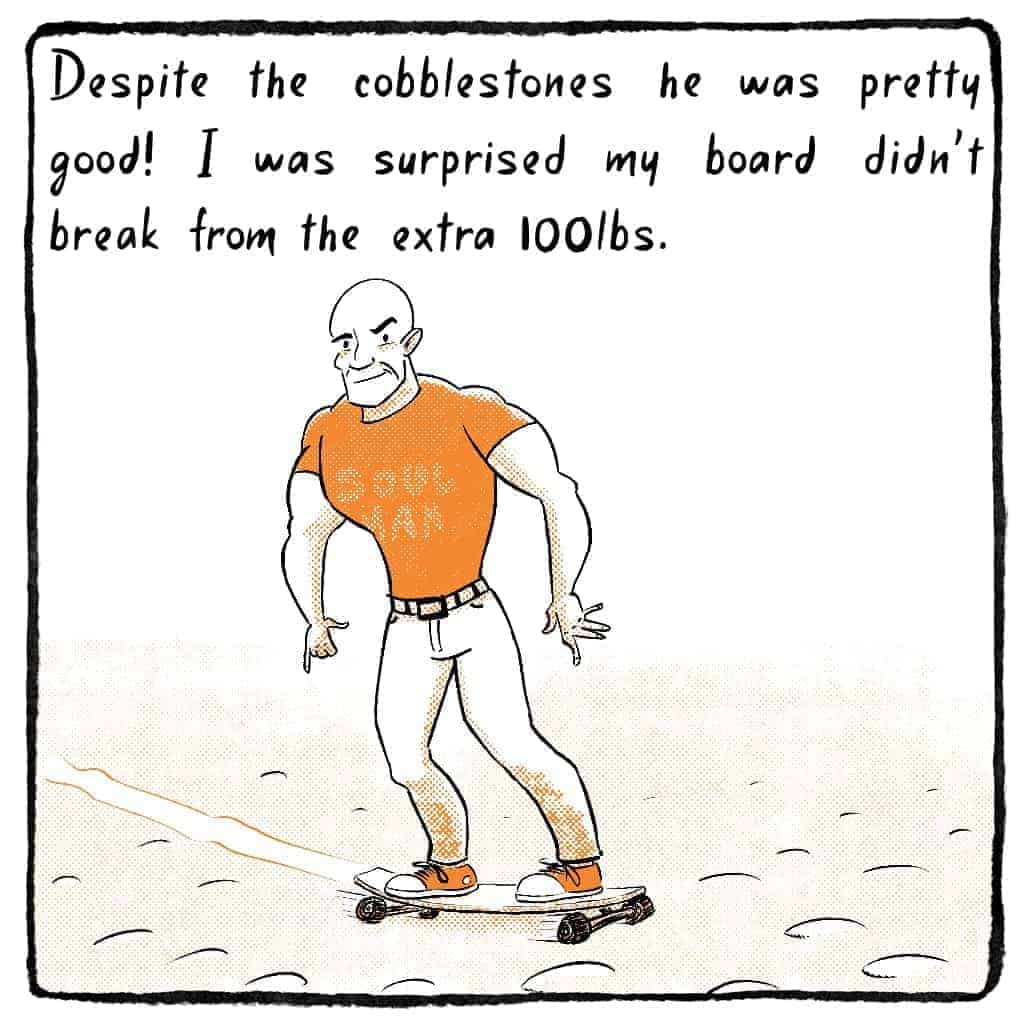 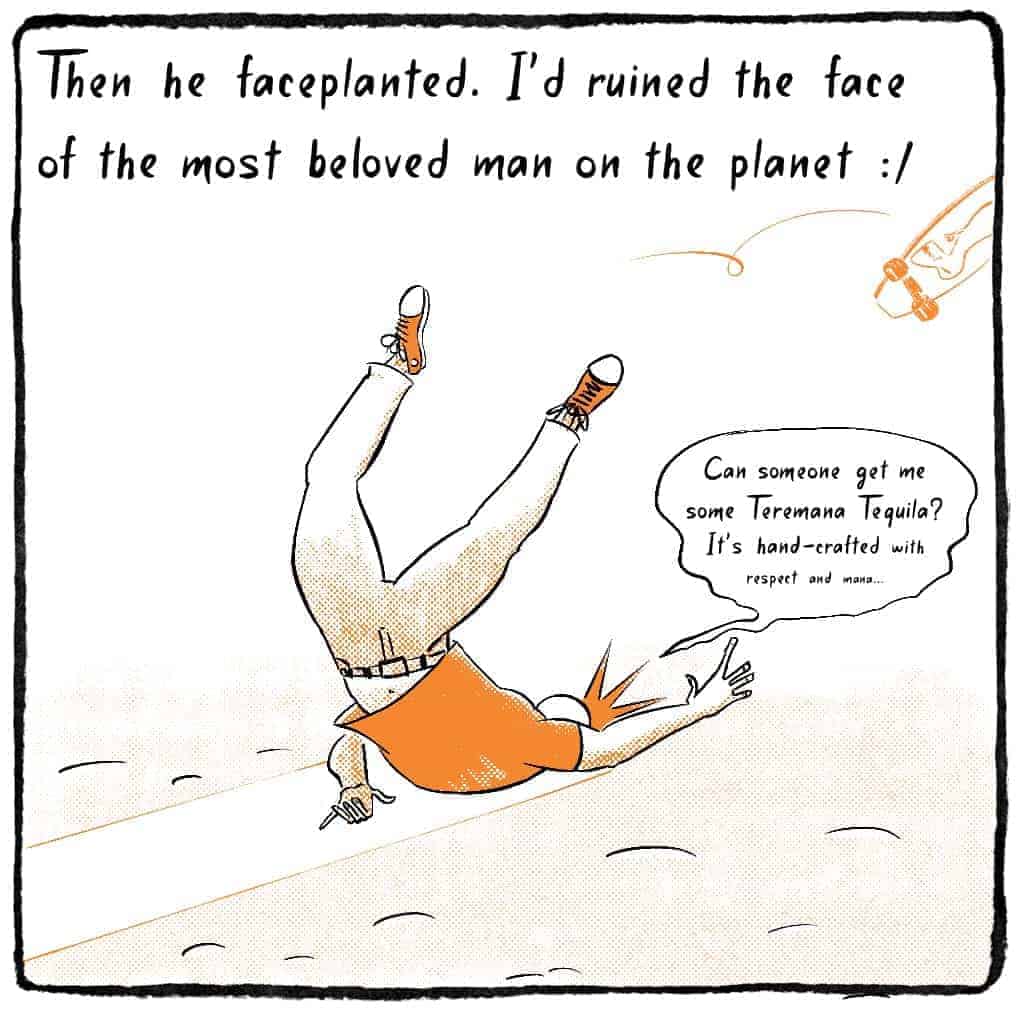 I had a weird dream. Granted, all dreams are weird but this one was particularly memorable since it featured my all-time favorite wrestler, The Rock aka Dwayne Johnson. Not sure why he was in my dream; maybe I was jonesing for some tequila? His Teremana Tequila is very, very tasty. It was the first alcohol I’ve had in a long time that I really, really enjoyed.

Anywho – this comic captures the dream, except I added some dialogue for fun (the dream was silent; either that or I can’t remember what we talked about). If you follow Dwayne (we’re totally on a first-name basis, btw), you know that he loves his tequila and shares details on how it’s made quite often when he’s not making a toast to another good day. I took the idea and ran with it; it’s all in good fun.

Dwayne if you ever read this, I hope you get a chuckle out of it. Cheers 🥃!

I also struggled with coloring again. I like black & white, but my inking isn’t good enough to let my comics be uncolored. So I remembered Jonathan Hill’s thoughts on a limited color palette, as noted at the end of Odessa (see below). I still used my beloved halftones (True Grit’s Beat Tones, if you need to know) and it was a lot easier than trying to use a zillion colors. I got into a groove by the end and I can see getting better – and faster at it.

I hope you enjoy it, be sure to leave a comment and let me know!