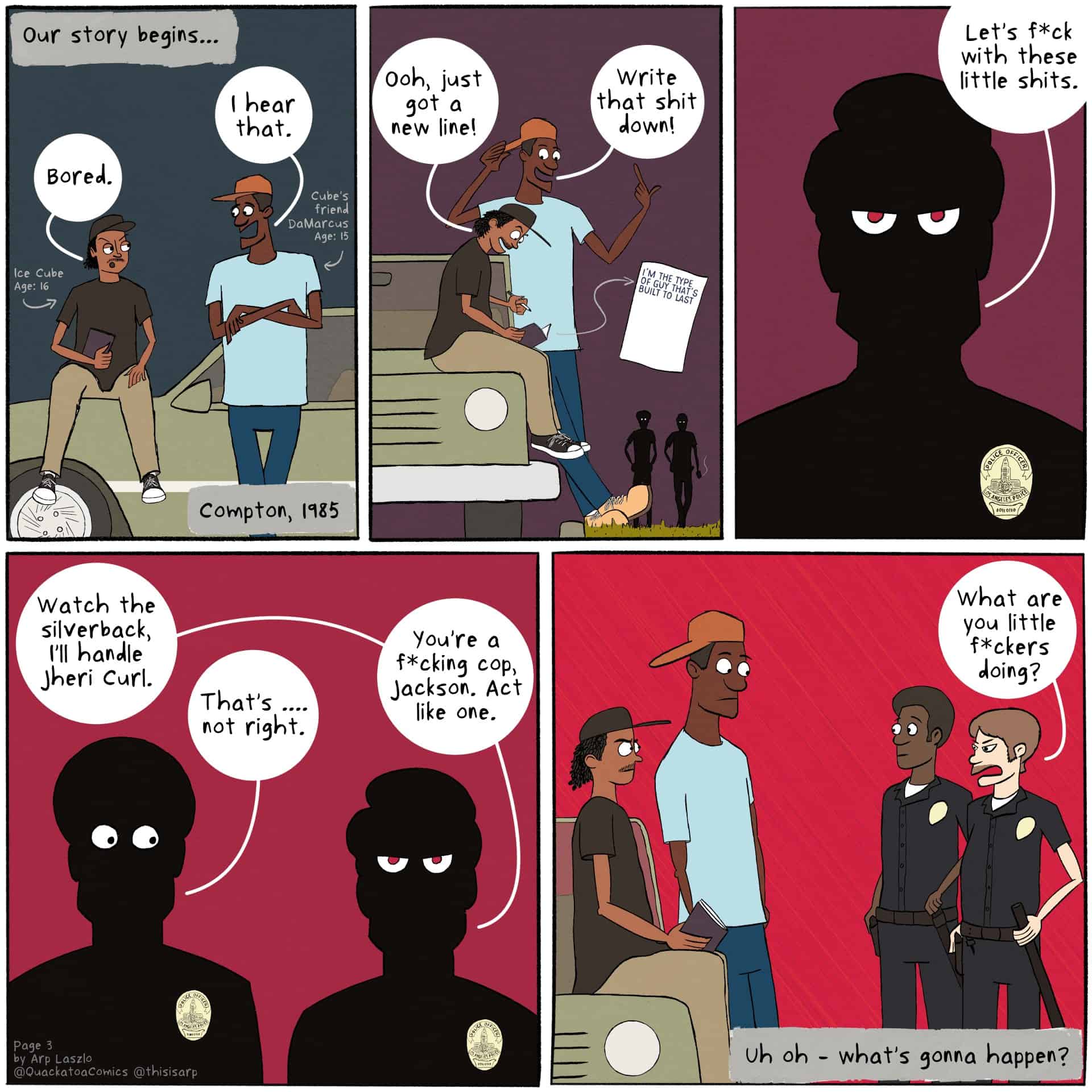 I don’t know if Cube ever had a friend named ‘DaMarcus.’ I chose that name in tribute to one of America’s greatest football (aka soccer) players, DaMarcus Beasley.

You might notice some changes in the style of the art. First, I had to add a little paper texture to the whole page. That’ll tide me over until I can color better. Right now I’m just flatting but I’d really like a more analog feel.

Second, I’m taking a lot of inspiration from Andrew Maclean, creator of Apocalyptigirl and Head Lopper. I LOVE his art. The caption and dialogue backgrounds are in his style, though I made the caption backgrounds look a little rough. The last panel has some action lines, which are something I’ve never done before (it doesn’t look as good as Maclean’s though). And the black outlined people are inspired by him – and he, in turn, was inspired by Mike Mignola (another favorite of mine).

Third, I have some sad news: the comic is going on hiatus for a month. The next page will be up the 2nd or 3rd week of April. I unfortunately have some other stuff that’s keeping me busy the next couple of weeks 🙁

In the meantime, subscribe to the mailing list if you haven’t already (there’s a form on this page somewhere), follow me on social media (links to the left, except maybe on mobile) and TELL ALL OF YOUR FRIENDS ABOUT ICE CUBE’S FOOT.

In fact, tell The Rapper while you’re at it because I’m pretty he wants to know wtf is up with his foot too.