Hey - guess who's messing around with the entire site again? Please ignore any weirdness you encounter...

Lyrical inspiration can come from anywhere! 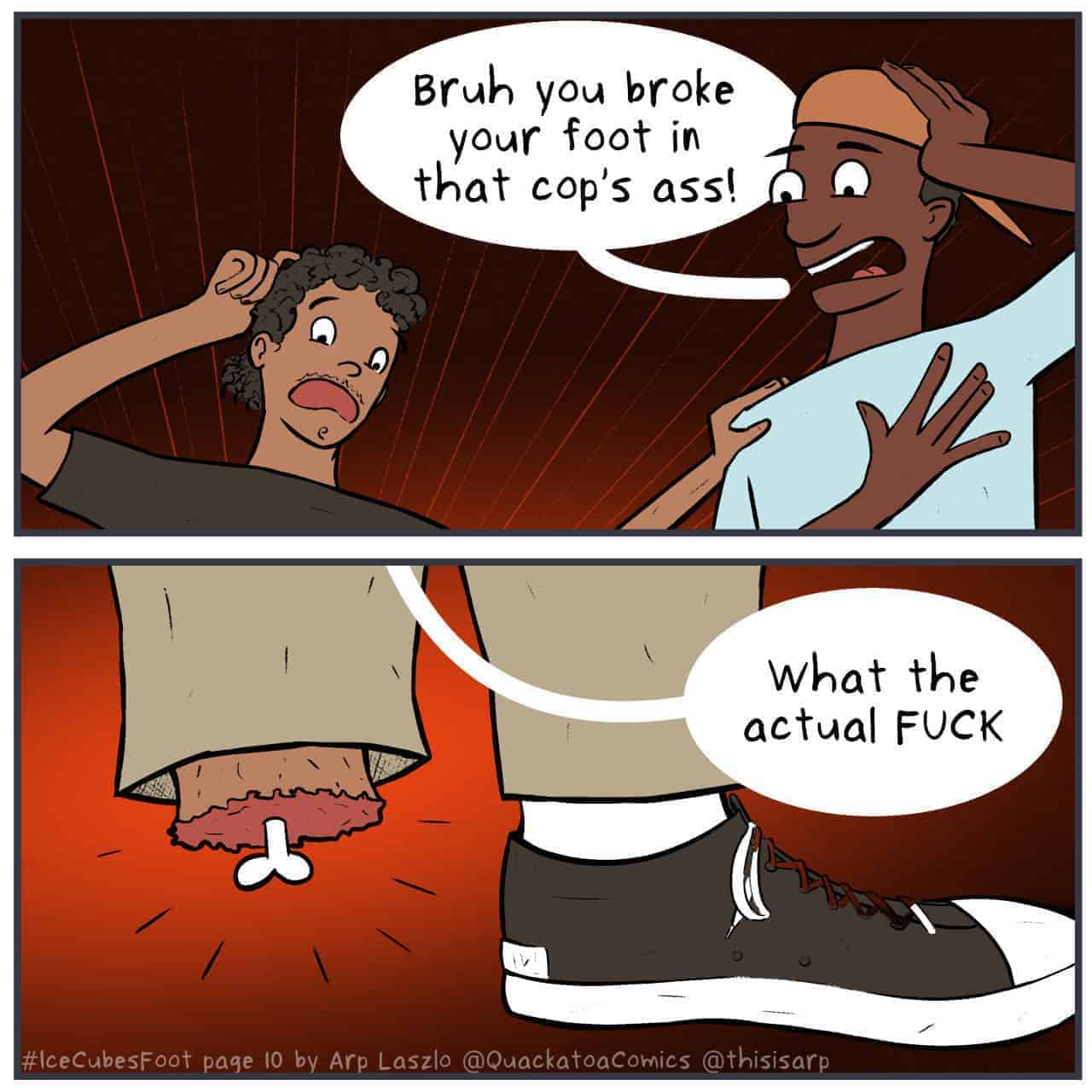 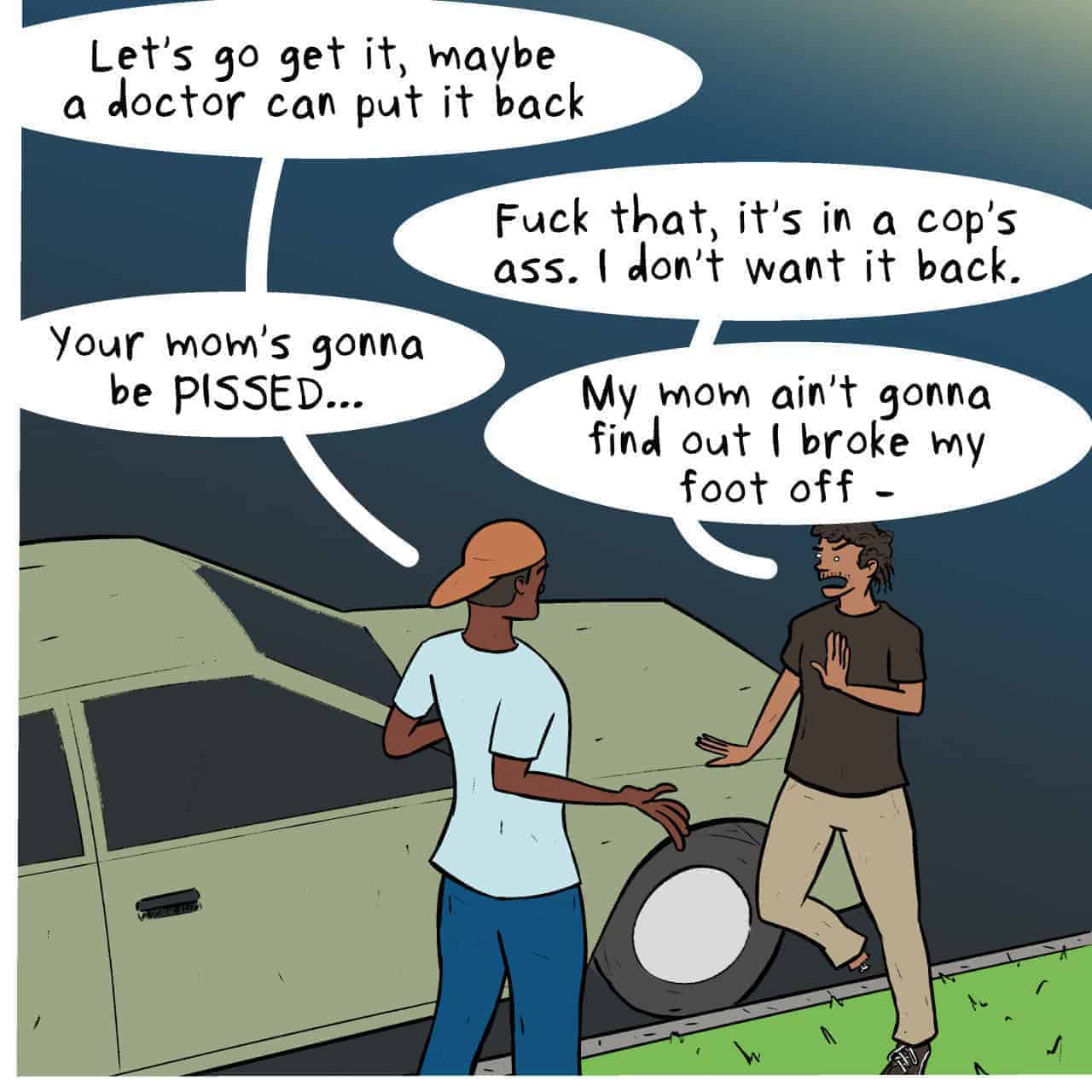 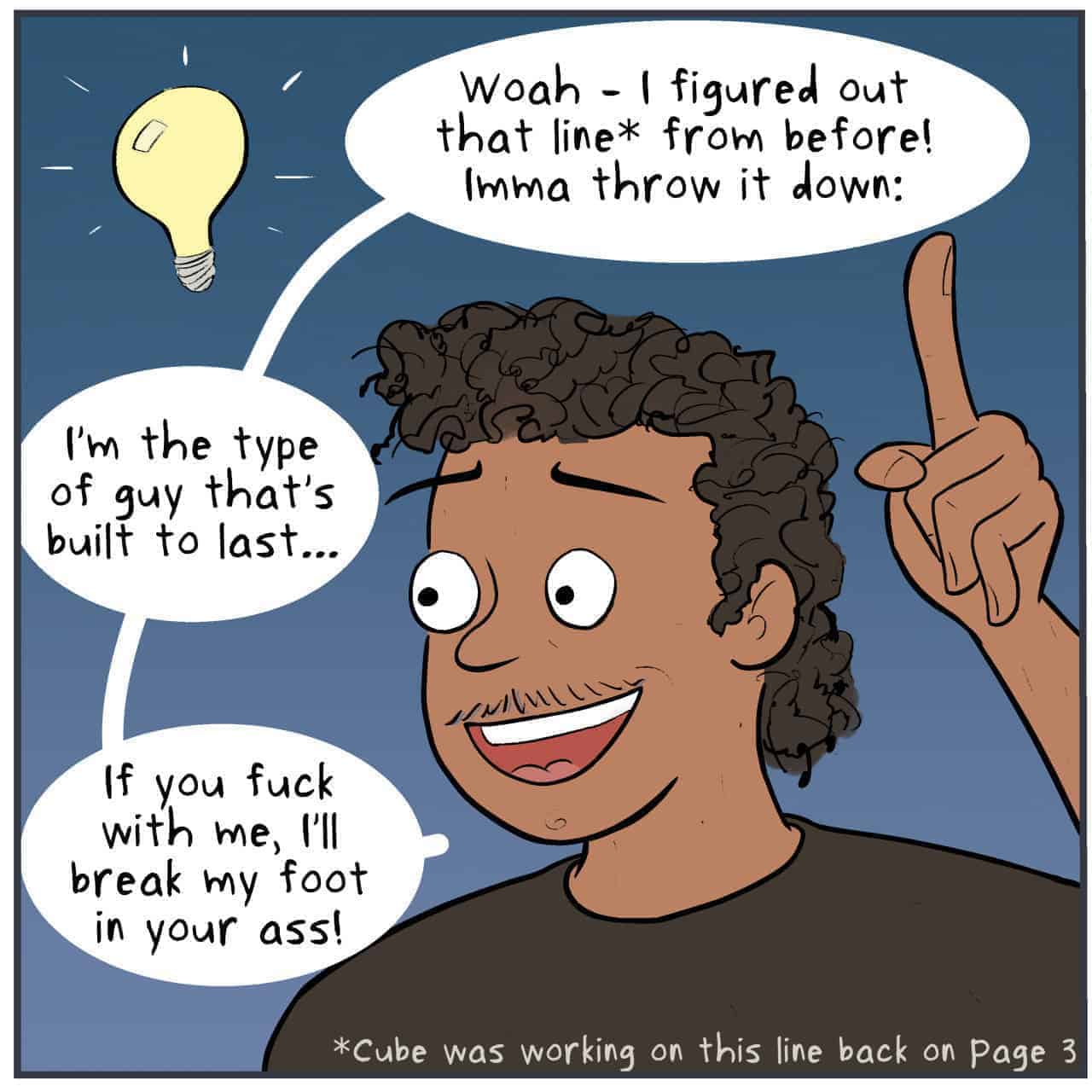 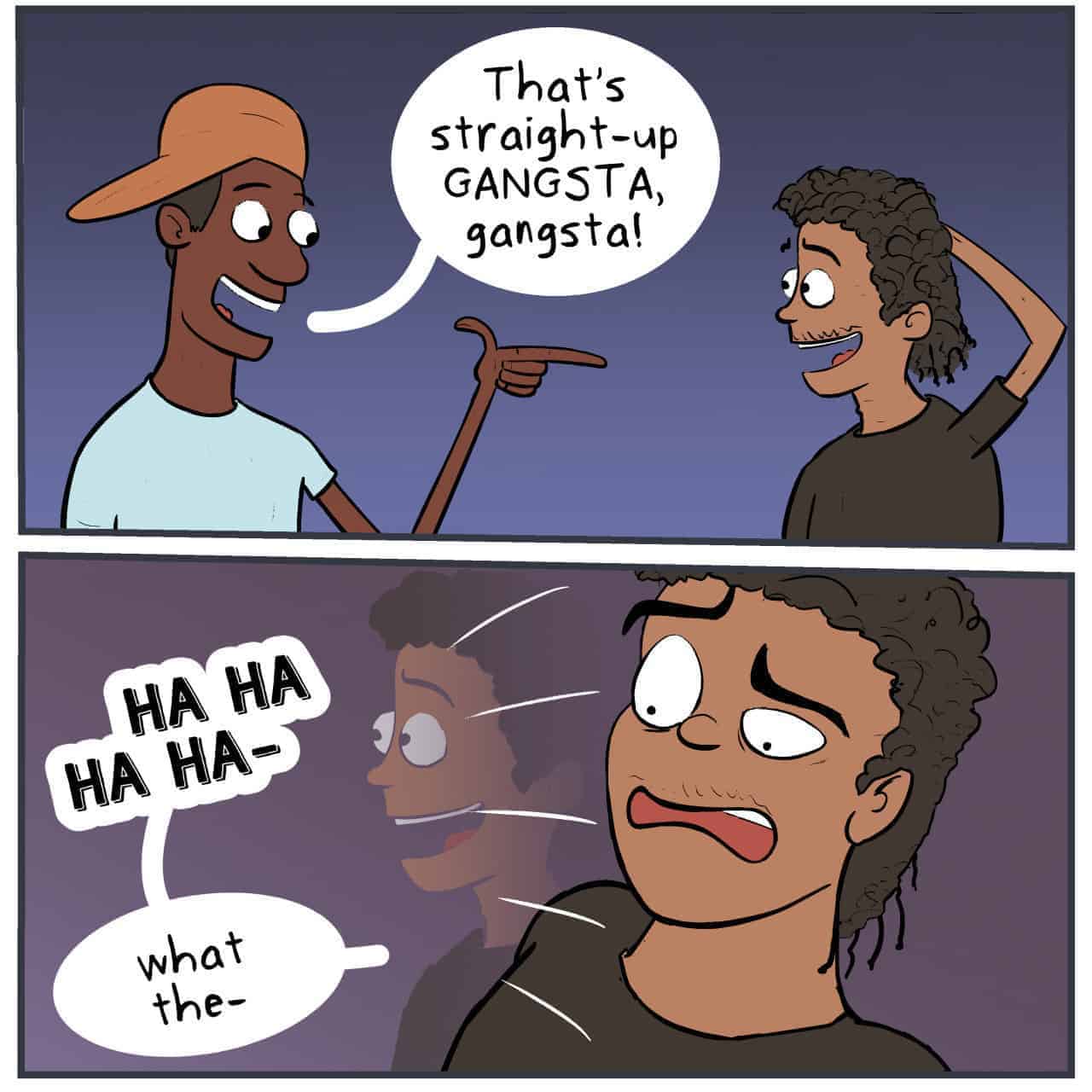 Hey – you never know when that rhyme is gonna write itself.

Especially if it’s caused by your foot being stuck in a cop’s ass.

So where the hell did this idea come from?

This idea is around 25 years old, and we can thank Dave Chappelle for half of it. Chappelle’s Show was on and I LOVED it. Dave’s comedy sang to my heart. I’d always liked sketch comedy but had lost touch with that part of myself. So many of skits were ridiculously stupid and funny as hell. And like most stories, you know they had What If? origins. Like What if Samuel Jackson had a beer? or What if there was a black white supremacist?

For the other half of the story, we can thank my ear.

I was listening to Straight Outta Compton one fine day when Gangsta Gangsta came on. I was probably playing Madden and not totally paying attention & I misheard this lyric:

I don’t know why – providence perhaps – but I heard break instead of put. And that begat the question:

What if The Rapper broke his foot off in someone’s ass?

How would it happen? And what would happen to the foot?

Well – we’ve got the answer to the first question. We’ll find out the answer to second in the next few pages as this chapter comes to its conclusion!

I write stories, I make comics, & I share my knowledge & experiences on my blog. I was diagnosed with ADHD at 49, and now everything in my life all of a sudden makes sense.